Those who cannot remember the past are condemned to repeat it.

Our engaging and thought-provoking schemes of learning at KS3 aim to help students acquire key historical knowledge and skills. Within lessons students are encouraged to develop their historical thinking by examining a range of sources and interpretations and gaining an understanding of chronology, causation and change over time.

At GCSE, History is one the most popular options with strong results. The department is now teaching the new GCSE Edexcel specification which explores both modern and medieval time periods, and aims to develop a wide range of skills to aid students in both History and further study.

Head of Humanities and Teacher

Lesson 1: The Treaty of Versailles

Assessment: Causation essay - Why did William the Conqueror win the Battle of Hastings?

Assessment: Was the Black Death a disaster for everyone?

Assessment: Students complete an assessment linked to the knowledge they have developed in the unit.

The Golden Age: A source-based investigation into Edwardian Britain in the years 1901-14. Students study the political, economic and social achievements of the period and come to a conclusion as to whether the period deserves the name ‘Golden Age’.

Assessment: Essay - Was Edwardian Britain going through a Golden Age?

Assessment: Essay: How useful is the Pianist as a representation of the Holocaust?

Our library has a range of books and articles linking to our schemes of work that students can borrow. We would also recommend regularly reading newspapers.

Things to see and do

There are a range of museums that can be visited in London linking to our schemes of work including:

Students at the school also have opportunities to develop their knowledge and learning outside the classroom through a range of trips and workshops which explore topics linked to the curriculum. In the past, these have included:

Mock exam: Superpower relations and the Cold War and the reigns of King Richard I and King John.

Mock exam: The reigns of King Richard I and King John

The following revision guides have been created for the course. These can be purchased online from the Pearson website or from the school's Finance Office. 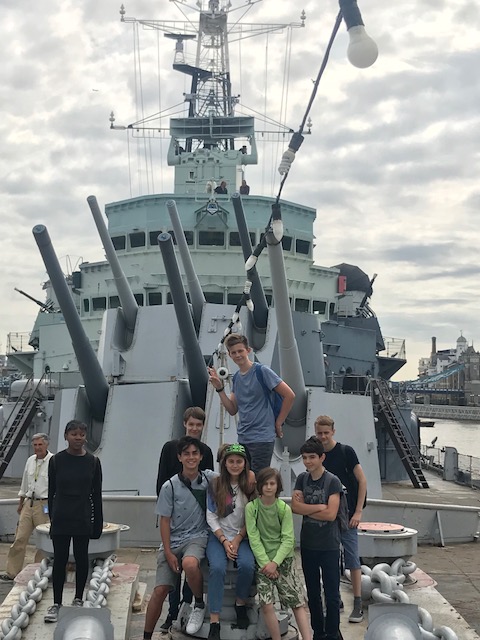 Students at the school also have opportunities to develop their knowledge and learning outside the classroom through a range of trips and workshops. In the past, these have included:

Paper 2: The Reigns of King Richard I and King John

As part of the LaSWAP consortium, Acland Burghley offers the following A level courses. Please click through to the links to view more information on the LaSWAP website.